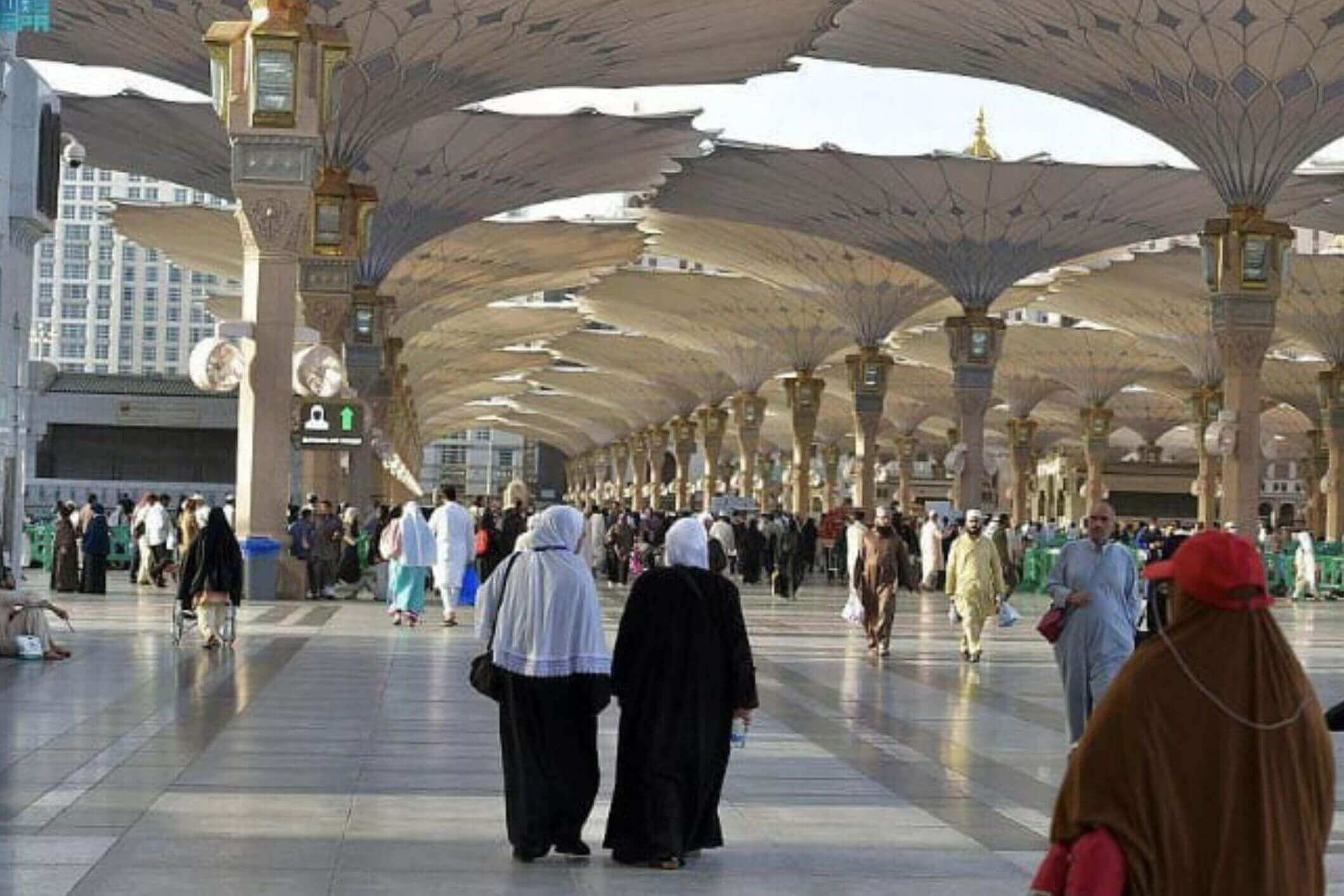 A group of people who went to the Prophet’s Mosque in Madinah praised the efforts of the Kingdom to make it easy for pilgrims to do the Umrah rituals.

Visitors told the Saudi Press Agency that integrated services and care for visitors show that the Saudi government wants to make pilgrims as comfortable as possible.

and passion for helping tourists on his way to the mosque.

Taher Issa from Algeria said that the Kingdom has set up services and facilities that make it easy, safe,

and comfortable for people to do their rituals at the Prophet’s Mosque.

Iman Mahdi from Iraq praised the work of the mosque’s security staff and workers,

and Mohammed Ali from Pakistan said that the Kingdom is doing a lot to help pilgrims with services and facilities.

In the first three months of the year and since the Umrah season began,