9 Haram Foods In Islam That Children Need To Know 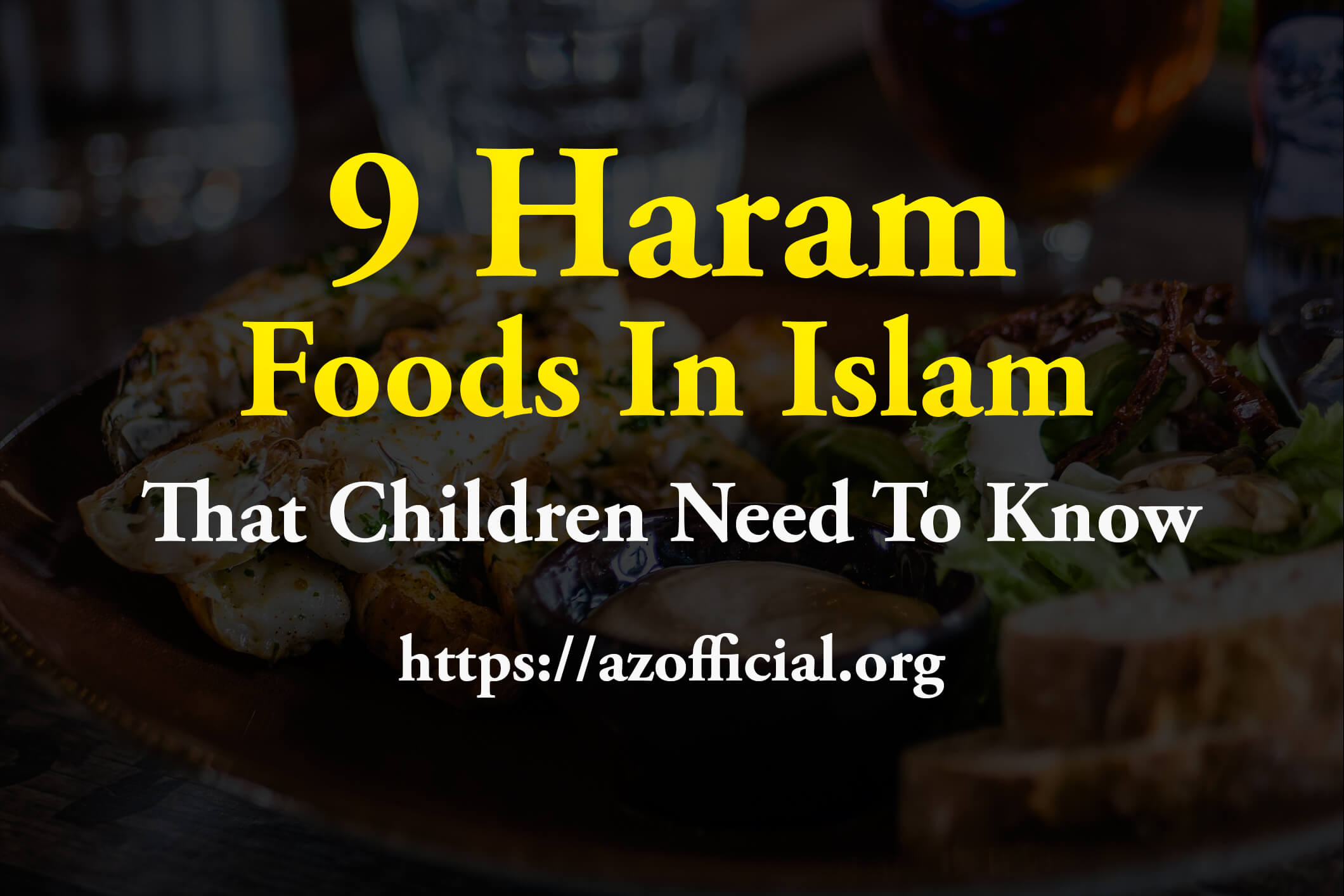 9 Haram Foods in Isalm: Other than pork, here are some other foods that Muslims can’t eat.

In Islam, Allah SWT has given all of His servants both things to do and things to avoid
doing. One of them is that you can’t eat or drink things that aren’t allowed.

There is a reason why Islam says that certain foods are forbidden and should
not be eaten. This is written in the Quran as a command from Allah SWT.

One of them is written in verse 3 of Surah Al-Maidah:

Meat that has been beaten, thrown down, gored, or eaten by wild animals,
except for meat you have killed yourself and meat sacrificed to idols, is prohibited,
as are carrion, blood, pork, and meat slaughtered in the name of anything other than Allah.

So, what are the foods that Muslims shouldn’t eat because they are against Islam?

Any kind of dead animal is the next type of food that Muslims are not supposed
to eat. Allah SWT says in the letter Al-Maidah verse 3 that it is against Islamic
law for an animal to die in an unnatural way or without being slaughtered.

Some types of dead animals that are not allowed are:

Al-Jalalah is all types of animals, with four legs or two, that eat dung,
whether it’s from other animals or people. Al-Jalalah is one of the foods
that Muslims are not allowed to eat.

As we’ve already talked about, animals that are killed in the name of something
other than Allah SWT are also haram foods. In addition to being said in verse 3
of Surah Al-Maidah, the rule is also mentioned in verse 173 of Surah Al-Baqarah.

Blood that flows is harmful to your health because it contains a lot of uric acids if you consider it from a medical standpoint. If you eat it, it might be bad for your health.

This is what HR. Muslim says:

7 – Things That Have Teeth

The next thing that Muslims can’t eat is meat from animals with teeth.
In a hadith, which means saying, the Prophet SAW once said:

“The Messenger of God (PBUH) said it was wrong to eat any wild animal
with teeth and any bird with sharp claws.” (HR. Muslim)

8 – Birds Whose Claws Are Sharp

In addition to animals with sharp teeth, haram foods also include birds with
sharp nails. A hadith also says this to be true,

Like what the Prophet SAW said in the last point, it is also forbidden to eat
birds with sharp nails. Eagles, eagles, and so on are some of these kinds of birds.

9 – Animals That Are Forbidden By Religion To Be Killed

The next type of food that Muslims shouldn’t eat but shouldn’t be haram
is any kind of animal that is against their religion to kill. Imam Shafi’i and his
friends once said that if it is forbidden to kill an animal, it is also forbidden to eat it.

YOU MAY ALSO LIKE: Dates During Pregnancy in Islam Have 8 Health Benefits